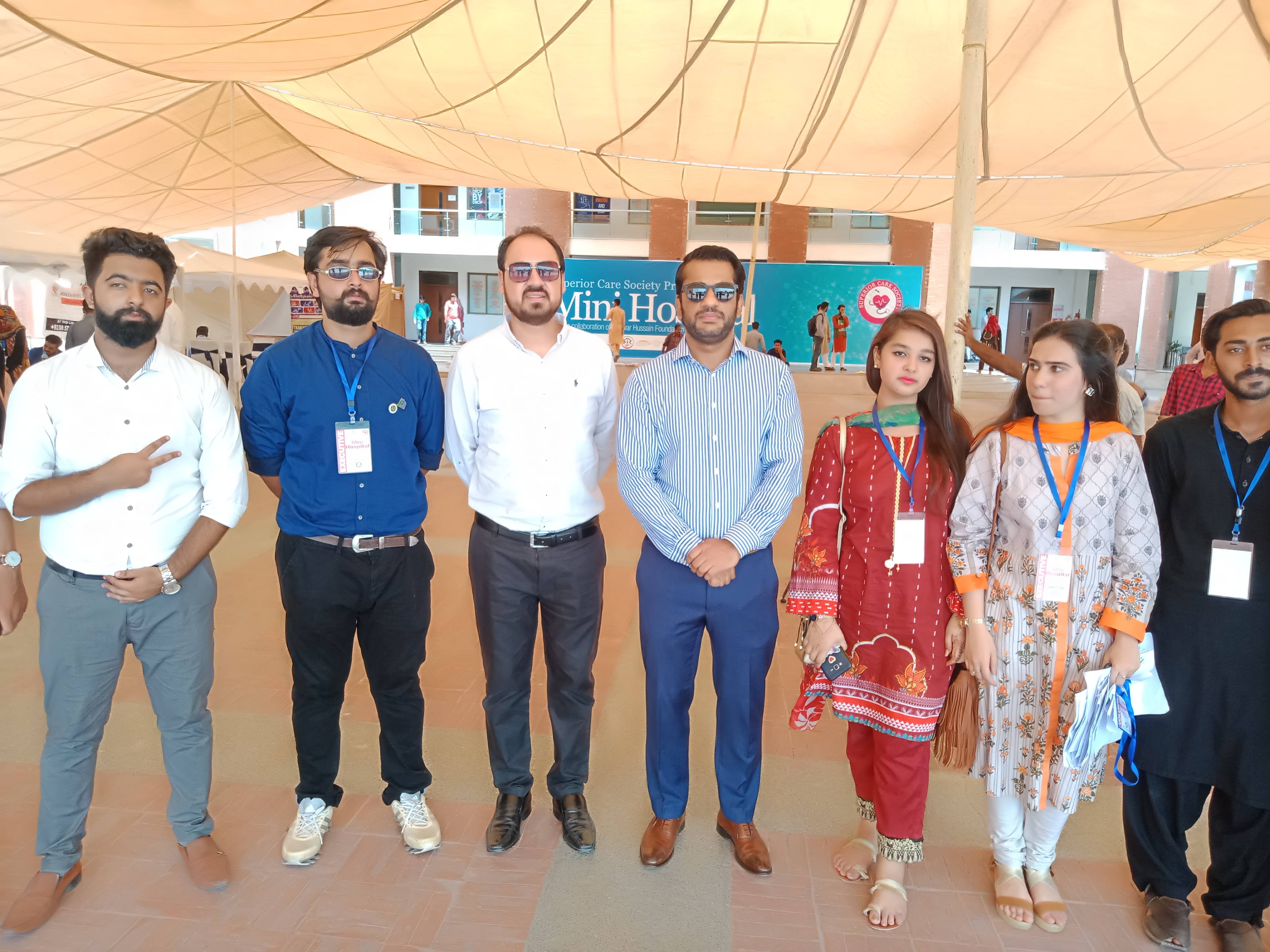 Almost 200 students were screened for diabetes out of which 20 were found pre-diabetic and 8 were diagnosed with diabetes, who were provided with necessary information regarding diabetes and its care. Meanwhile, a diabetes awareness walk was organized at the campus in which Hassan Sheikh, Chairperson Dilawar Hussain Foundation and the chief guest of the event, Khawaja Hisham-ul-Hasan, Registrar, The Superior Group, Mahek Jamal Zaidi, Deputy Director Engagement & Internationalization, Mohammad Jafri, Director Program, Dilawar Hussain Foundation and students from different departments participated. At the end certificates were distributed among the partner organizations of mini hospital.